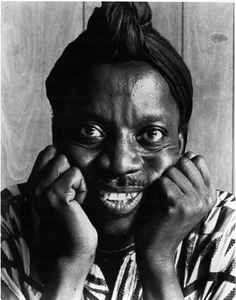 Thiam, a member of the Dogon ethnic group, played drums from before the age of eight and had begun playing professionally by age 12. His surname, Thiam, means “historian” in his native tongue, and he comes from a family whose members use drums to tell the story of Senegal’s Wolof people. His instruments include tama, sabar, and djembe.

Thiam settled in the United States in 1968, at the invitation of the noted choreographer Katherine Dunham. He settled in St. Louis, where he worked with Dunham and with the Black Artists’ Group (BAG), a multidisciplinary arts collective. He has maintained homes in Atlanta and Dakar since the mid-1990s.

Thiam regularly serves as a consultant for many African projects around the United States and serves as the executive director of the Stone Mountain, Georgia-based Institute for the Study of African Culture.

Thiam’s wife is named Kine Gueye Thiam. She is a dancer and came to the United States in 1972. Thiam’s son with Kine, is the R&B singer Akon (born Aliaune Thiam).