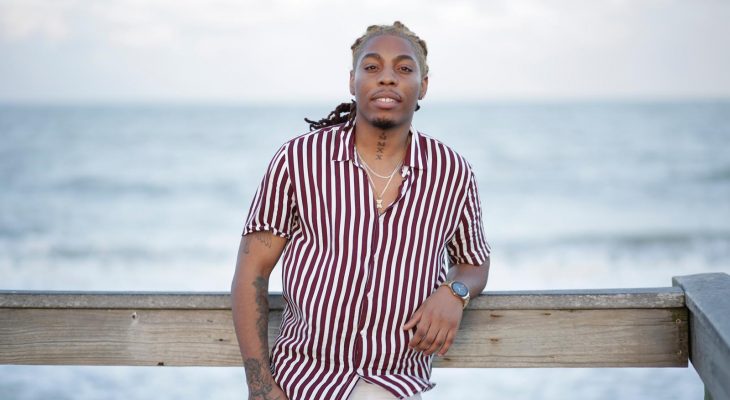 Singer/Songwriter, Actor, Studio Engineer & Editor the affable Demour “Teknique” Morris, was born at The St. James Hospital, lived in Albion, Montego Bay and raised in St.  Elizabeth (St. Bess). He left Jamaica for the United States of America at the age of 8, where he became a citizen. Teknique graduated Treasure Coast High School, in Port St. Lucie Florida, class of 2008. He then attended Indian State River College where he majored in Business & Engineering.

At an early age Teknique had a passion for writing poetry which was later converted to music. This took him to higher grounds and after opening for big acts such as Beenie Man & Lady Saw, the artiste decided to drop out of college & take his music career to the next level. To do this, he decided to go back to his roots, Jamaica.  This venture took him to Kingston 11, Waterhouse, where he began working with the super producer Trever “Baby G” James in 2010. After recording his first single “Trenches”, Baby G saw the potential of the young artiste and decided to enroll him into Edna Manley’s School of Music, for Vocal Training.

Mr. Morris has proved dedication to his craft.

During April 2015 through January 2016, Teknique was a member of Good Vybz Entertainment, under the soulful wings of Cornelius Grant. Teknique showed his versatility by playing a roll in the movie “Hiding”, and being one of the great minds behind the soundtrack for the movie. This landed him interviews on CVM at sunrise & D WRAP, also on CVM TV and on News Talk 93fm with Lady D, in 2015.

Teknique has had interviews on other known stations such as Flexx Fm in Miami with Rohan Gunter & XXL Zone Radio (Mediazone) with Jerome “Sage” Butler.

He has performed live at a few Stage Shows. Best of the Best in Miami, Florida, China Town in Central Village, Boom Bada Dan Stage Show (Skateland, Halfway Tree) in December of 2015 and Razor B Family Fun Day (Portmore) in January 2016.

As an experienced artist Teknique has been on tour around the world. His latest the “Lion King “ tour February – July 2017 gave Teknique the platform for his biggest project to date, the release of his own Album.