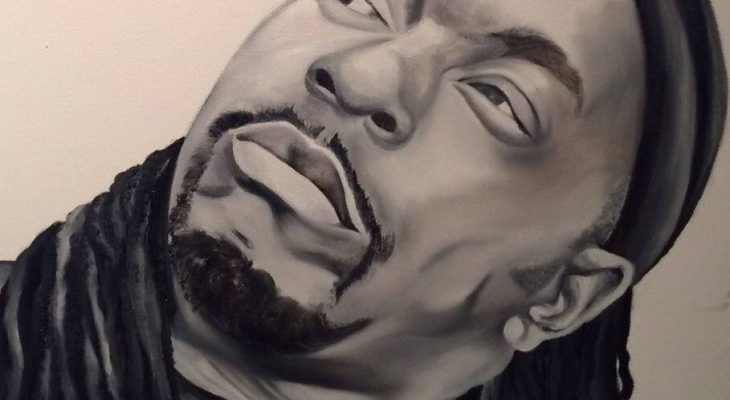 Richie Davis is an Established Singer/Songwriter & Musician. Although his chosen Genre is Reggae, his vocal ability, versatility and smooth tone enables him to sing many styles of music if he so wishes.

His main musical influences are Dennis Brown and Barry White whom he is able to emulate using the very rich tone he possesses. Stevie Wonder and Lionel Richie are also influences. To the delight of his fans, Richie Davis delivers musical excellence through his recordings, and also his live performances. His fans expect nothing less as the bar has been set very high. They are always eagerly waiting for his ‘next’ release.

Richie’s musical journey began in the Church Choir at the age of 9, where he honed his skills as a vocalist and musician. A young Richie joined a band called ‘Black Diamonds’, as a Rhythm Guitarist, but once they discovered his vocal ability he was asked to sing. Whilst still in the Band Richie frequented the Dancehalls as a singer on sound systems, such as ‘Jah Marcus’, Tottenham based ‘Quadrophonic’ and also the renowned ‘Unity’ Sound. Subsequently this established him more as an artist. Whilst still at School Richie became friends with the famous Mafia and Fluxy, who shared the same musical aspirations, and to date between them, boast a vast catalogue of successful recordings.

Taking his Musical career to the next level, he entered recording studios and began work on solo material. Whilst doing so, he was invited to tour the UK and Europe as the support act, with the legendary Mighty Diamonds, gaining much more credibility and respect within the industry. As time moved on he recorded a few tracks for Head Rock Label (Tony Anderson), and High Power Label via General Lee, by this stage his career had started to escalate. He was introduced to a Producer Named Patrick Donegan of Progressive Sounds, and this meeting led to a successful musical relationship lasting a few years, with several Album and Single releases. During this time he was also working with Artists such as Don Ricardo, Mikey General, Conrad Krystal, Sugar Minott, Lloyd Brown, Paul ‘Renault’ James and many more.

He then reunited with Tottenham based duo Mafia and Fluxy. Whilst working with the Brothers, Richie Davis was invited to Jamaica to voice songs for the renowned King Jammys, and whilst there met up again with his colleague Mikey General, who introduced him to Luciano. Along with his musical partner Hutchy Peng, also a musician, travelled back and forth to Jamaica for the following 6 years, to record.
Richie Davis was feeling exploratory and his musical foraging took him to Stingray Records (Big House), where he worked in conjunction with Danny Donaldson and Raymond Hutchinson ‘Hutchy Peng’ and recorded, laid and remixed several tracks, including ‘My God is Real’ – Tony Curtis, ‘Key to the City’ – Freddy McGregor, showing yet another dimension to his abilities.

Richie is currently working alongside and recording future productions with Winston ‘BMW’ Blake of Black Music Works, in association with Sly and Robbie and Fire House Crew, Kingston, Jamaica.
Artists and Fans alike, were only aware of his vocal prowess and were not aware that he is an accomplished multi-instrumentalist, which only added to his new found notoriety.
Richie Davis has much more to give his fans. With his ever expanding vocal range, you will not be disappointed with a recording or a ‘live’ performance. His lyrics just seem to flow, and his melodies are heartfelt. He is a force to be reckoned with!!

Richie credits his success to his Parents for their invaluable wisdom, guidance and support and to the ongoing support from his fans.
Richie would like to thank everyone, inclusive of his children and siblings for taking the time out to read his bio and continues to create and deliver good music in the name of the Most High GOD HIMSELF.