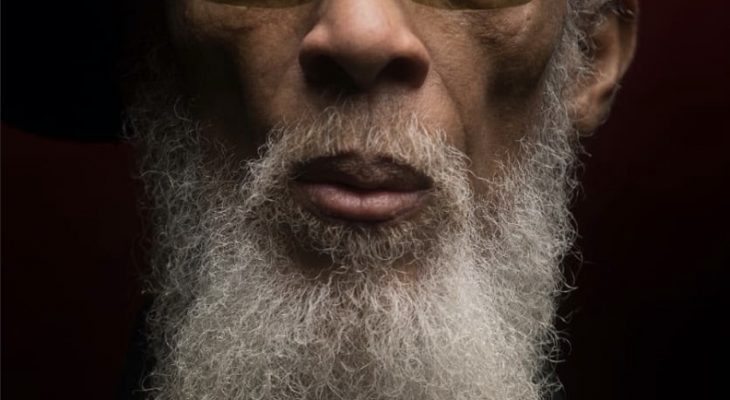 “Unanimously and rightfully acclaimed by peers to be the most disturbing performer of his genre. Onuora is the most original dub bard…. “ SOUNDS MAGAZINE.

If reggae is a rhythm set to a poor man’s cry, then its most esoteric form – Dub Poetry – is that pain made lyrical. Dub poetry is more than just words and music, the melding together of the oral tradition of the African griot with the British love of dramatic recitation. Among the several Dub Poets performing today, Oku “Fire” Onuora is the most charismatic and passionate articulator of the “sufferah’s” grief and outrage.

Hailed by his colleagues as “original” and acknowledged by listeners and critics as the original Dub Poet, he is accredited with being the first to use the phrase DUB POETRY to describe his poetry and presentation & recording Dub Poetry in Jamaica – REFLECTION IN RED, Tuff Gong, 56 Hope Road label, 1979. There are countless international articles that have been written listing his impressive and extensive credentials including, his seven years served in the Jamaican penitentiary system.

While behind bars, Oku focused his rebellious energy in a positive direction by writing CONFRONTATION, an award winning play aired by the Jamaica Broadcasting Corporation (JBC) and ECHO a bestseller collection of poems, published by SANGSTERS BOOKS in 1977.

Oku has performed all over the world and has achieved notable success in Jamaica, the US and Europe. With a compelling history, a voice rich with his homeland patois and a passion few performers aspire to, he has disturbed and exalted audiences with his word bullets.

After taking an hiatus for over a decade from recording/performing, doing interviews, Oku has been rising occasionally, releasing word bullets, words of wisdom & love with a sense of purpose & an aim in view with his appearances on a number of events since his re-emergence – Reggae Month Concert (2011/12), Kingston Pon Di River (2013), Seh Sum’m Cote Edition, Redbone’s Blues Cafe (2013). The release of A MOVEMENT (2013), premeire of the documentary FYAH; DUBBING AWAY (2014).

2015, YESTERDAY/TODAY/TOMORROW was released on vinyl, 45 rpm, on the USA based label AKASHIC RECORDS. It was made available digitally accompanied by a video in 2016.

In 2017 Oku got a link from Thomas Lautenbacher, AKA “Doctor T”, a musician-osteopath based in Switzerland, that immediately created a bond which ignited a creative firestorm. The result, I’VE SEEN. With Doctor T providing the musical concoction and Oku the poetic infusion, a megaton of an album was fashioned. As usual, in his indelible fashion, Oku Onuora is blazing trails, stirring thoughts and quaking hearts on this collaboration with with Doctor T. Recording of the album was completed mid 2018.

2018 saw the reissue of the classic compilation I A TELL; DUBWIZE & OTHERWISE and I A TELL, the compilation of Oku’s two volumes of poetry; the critically acclaimed ECHO, and FUEL FOR FIRE.

The first single from the album I’VE SEEN, FUEL FOR FIRE, was release May 18, 2018. I’VE SEEN was released February 22, 2019 to critical acclaim. 2019 also saw Oku performing live in  Europe at the Ostroda festival in Poland, Reggae Geel Belgium and No Logo in France.

2020 and Oku is on the move, geared up to dubbing away in his usual indelible fashion, blazing trails with releases & unveiling of new projects. The single YANGA was released in February on the NATTY CONGO RECORDS out of Mexico. Oku sojourned into North America for the first time for the release of the single, shooting footage for the video YANGA. The Video was premiered on REGGAEVILLE.COM June 19. Oku also did his first performance in South America in Mexico City. The Fire is blazin.