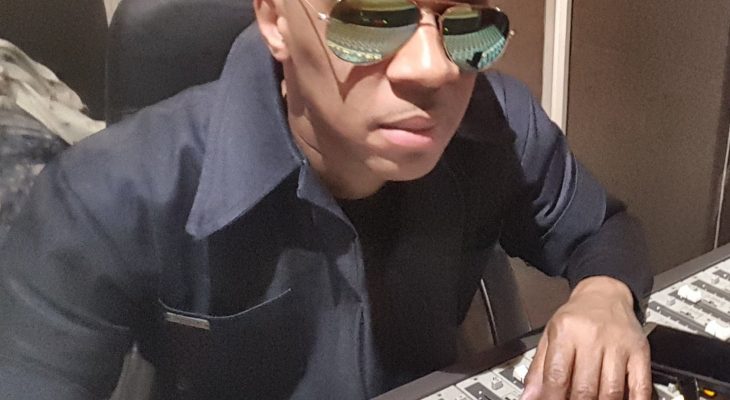 The name Wayne Marshall might be synonymous with the 90’s American styled R&B hit “G Spot” however, Wayne Marshall has been popular as an artist since the mid 1980’s. His songs have remained a staple diet in the most relevant genres which are consumed by those of the Afro-Caribbean Generation X & still very much in demand today.

During his school years you would mostly find Wayne in the music room honing his skills on electronic synthesizers & drum machines.

Under the watchful eye of his music teacher (Mr Tribe) Wayne became a wiz kid of multi-track recording, creating completely new & unique sounds. During this time Wayne founded a reggae band with his school friends called Utopia & before long the band became popular and they were booked to play at local Events and Festivals.

It was during these school years Wayne was introduced to Keith Swan of the popular Jah Tubbys sound system, forging a musical relationship which would see them later composing and recording songs with nothing more than a drum machine and a live bass. Wayne would play electronic drum machines which were not known to be used in roots music recordings…

Wayne recorded 2 songs for the Jah Tubbys (Y&D) Label all of which peaked at no. 3 in the reggae charts and are still played on the most popular sound systems today.

Around this period of time Wayne released records with International Reggae Producer and Record Label owner Jah Life, titled ‘Vibes and Tribulation’; another of Wayne’s songs, which again hit the top 5 reggae chart giving Wayne his first International Release of which the song was used as a B side for an Alton Ellis song titled ‘Gimme your Love’ and was released in Jamaica, USA and UK.

Around the same time Wayne recorded the song “I L.O.V.E.” for Quadro-pack (a collaboration with Sound system owner’s Gemi magic’s Little Andy and INT. Immortal’s Dub Bug) which again spawned another top 5 hit record. This would raise the demand for Wayne to work with many other High level sound systems and receive bookings for personal appearances; among them Wayne supported veteran reggae artists Ken Boothe and Owen Grey.

It was not until 1995, after receiving a standing ovation at the Jones girls show at the London West End’s Dominion Theatre, that Wayne would then go on to sign with Independent Record Label Soul Town Records. With the expertise of Orlando Gittens and the keyboard chops of Jason Katt Chue (Now known as Wookie) they performed and produced top 30 and top 40 National Chart singles. During this time together Soul Town and Wayne Marshall occupied the No. 1 spot with his hit single G-Spot on the Urban music charts for over 10 weeks and won numerous awards for Best Single, Best Album, Best Newcomer, Best Male Artist of which one of these awards was presented to him by renowned American Actress and Singer Brandy.

Wayne songs were considered controversial at the time, he received extensive magazine and newspaper coverage and has been featured on the front covers appearing in the following publications: The Face, Blues and Soul Magazine, Echoes, Touch Magazine, The Voice Newspaper, New Nation, Caribbean Times, Music Week, Sunday Mirror, The Jamaica Observer and the Sun Newspaper, to name a few…

A man of many musical talents; Internationally he has written songs and worked and performed globally with, and alongside many Legendary Artists & Icons, such as The Jones Girls, Marcia Griffiths, Ken Boothe, Owen Grey, R-Kelly, Beverly Knight, Black Street, Omar, Caron Wheeler, Gwen McRae, Jodeci, Busta Rhymes, Beenie Man & The Emotions to name just a few.

They allowed others to know “we can do this too”, paving the way for new Black Artists of Caribbean & African decent of today to be seen & heard in an industry that showed no love in the past years to British Black Music & British Black Artist

Therefore, the excellence and contributions of the likes of Marshayne, have contributed to the UK Music Industry, penetrating the Global Music Industry as a whole with the UK Reggae & R&B sound that Wayne is known for. It is truly an achievement of great success and one to be overly proud of!!!

Wayne was one of only 4 acts to perform at the opening ceremony for the Virgin Records, London Flagship Megastore in Tottenham Court Road.

Moving forward to the Present Day 2020

Music Insiders and Industry Executives have waited on tender hooks at the revitalisation of his music career! The launch for his new debut single release “I Kneel For You” as well as a re-brand of his NEW NAME (MARSHAYNE) under the branded campaign “Break The Record And Eat It” was a massive success and not forgetting the well timed name change which represents Wayne’s past and current influences coming together as one for the first time on what will be; his new album.

The project is in the capable hands of LOC Emg and between the two emerging energies there has been something enigmatic, taking form, bringing fire to the Industry!

The LOC ethos, “Respect The Talent – Respect The Music – Respect The Artist” is what drew LOC to Wayne’s attention…. in addition to this the founding members genuine passion & commitment to the industry, & to Wayne as an artist and seeing his vision.

THE PROJECT HAS STARTED!!!

The demand for Marshayne continues… The Industry has woken up and paying huge attention to the legendary R&B/Reggae Artist. Marshayne’s bookings include Performances alongside Shirley Jones of the Jones girls, the queen of Reggae Marcia Griffiths, Super Cat & Love & Hip Hops Lil Mo, also PA’s for club DJ Policy (Kiss) and at Kisstory Blast Off Tour and by popular demand he will be doing something really special June 21K. (one to watch out for!)

Mindful of Marshayne’s professional growth & development courtesy of Media Net Management and LOC Emg a successful Radio Tour took place over the summer of “21” with over 50 stations & DJ’s participating of which there was also an innovative & exciting campaign in place for the project which included an International Live Streamed Event premiering the Single and Video Release.

Marshayne showcased his new single (I Kneel For You) and video release premiere in association with one of the UK’s Largest Cinema Entertainment brands to an intimate audience of selected Industry VIP Guest and a Global Live Streamed Audience of over 25k who premiered the video for the first time in this one of a kind event.

Marshayne & his team, a collective of creative artists/musicians pushed through the uneven playing field, those unjust barriers & broke down doors, standing tall in Independent Recording Ownership when back in the 80’s/90’s this was unheard of.

Marshayne has returned with a huge bang and here to stay & 21K looks set to be an amazing year for him and his team… New Name, New Music, New Team – The future’s bright!