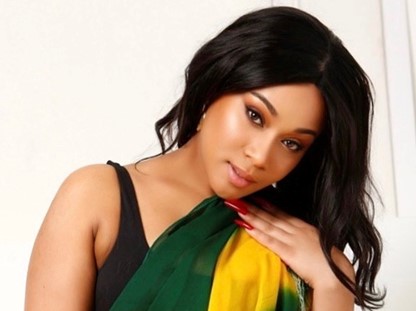 The gifted songstress, was born in St. Ann, Jamaica and has since been catapulted into greatness. Arriving in London at age eight her natural talent for music and acting was nurtured in school. By age eleven, she was a captivating live performer and a charismatic actress for school musicals. Laine Alicia penned her first song at age thirteen, “Feeling me”. In 2009 an unlikely introduction to Lindy Lambert, who calls her the “jewel in his crown”, proved promising to the young starlet. Shortly, thereafter Lindy presented her to, Reggae icon Max Romeo and in February 2010 Laine Alicia’s first song, “feeling me”, was recorded in Jamaica along with her brand new release hire purchase at the Charmax Studio with producer Omar Jallanzo Johnson. She describes the experience as “amazing to work with such gifted and talented people”. Publicist Tony Mack believed in her “musical magic and natural gifts” enough to accompany her to a meeting with Dudley Thompson of Roots FM, entering “Feeling me” into a head-to-head competition. “Feeling Me” was the first R&B track to enter “What’s The Verdict?” as well as come in first place. From 2014 to 2017 Laine took to the streets to distribute her 6 track EP ‘Watch Me’ and singlehandedly sold over 7,000 copies. Describing her sound as a mixture of Dancehall, R&B and a touch of Soul, Laine Alicia is expected to rise to the top, as only the crème does.