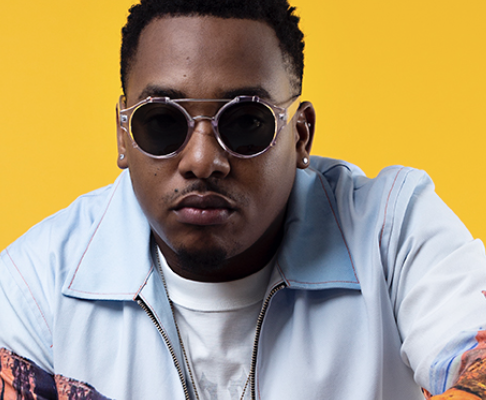 Triniboi Joocie is one of Europe’s elite soca artistes whose career thus far, has been extraordinary to say the least.

With various titles and achievements gained throughout his short but accomplished career, he has surpassed all expectations for the development of the soca art form here in the UK and Europe. He is no doubt a household name and his fan base has grown to a level where Triniboi Joocie now hosts his own annual concert – Joocie Unplugged.

Over the past three years,

Triniboi Joocie has performed in numerous events and competitions across Europe the Caribbean and the US. Over this period, he has been recognized and acknowledged for his excellence and commitment to the arts, most recently being commissioned as an ambassador for the Notting Hill Carnival. In late 2018, Triniboi Joocie made history performing at the first Boiler Room event to feature soca music at Somerset House, which was streamed to millions around the world.

Triniboi Joocie collaborated with and worked alongside the likes of Jazz legend Courtney Pine and the father of neo-soul, Omar, at the ‘Love Supreme Festival’ 2014. Other collaborations include Bay-C of T.O.K, Scrufizzer, Silvastone &  Wetty Beatz.

In addition to this, Triniboi Joocie is also a qualified educator and has taken his expression to schools and universities across Great Britain; introducing and showcasing an otherwise unknown genre of music to a wider, possibly untapped audience.

Seen as a cultural ambassador throughout the European Soca Scene, Triniboi Joocie was awarded for his contributions to West Indian culture and his accomplishments to date by the LNHCET – (London Nottinghill Carnival Enterprise Trust).

In 2020 his stock rose even higher when he was invited by BBC 1xtra Star, Seani B, as a special Guest on the historical Lockdown Notting Hill Carnival After Party.

Triniboi Joocie is a marketable brand; due to the astounding talent, diversity, passion and energy this artist brings to every performance/project – captivating any audience and bringing them to a euphoric state. His
ultimate goals are to take Soca, the genre, to mainstream levels throughout Europe and expanding on the brand which is Triniboi Joocie (youth, culture and quality).