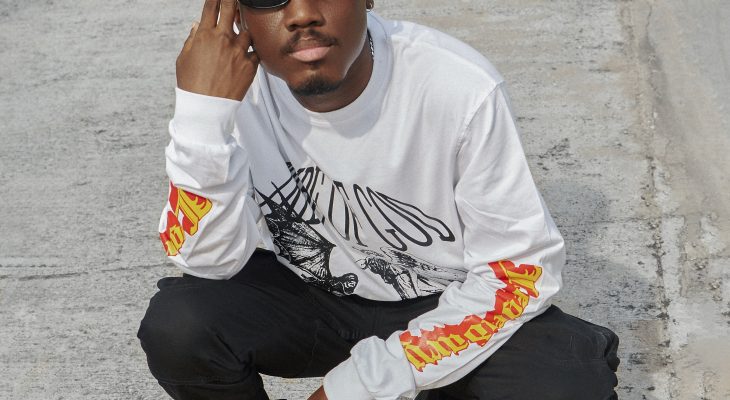 Born Solomon Boako-Aggrey, Supa Gaeta is an Afro-fusion musician, producer and sound engineer who loves blending urban, high-life, hip-hop and trap sounds. A young prolific genius – he got into beat making early in his life because he loved to experiment on sounds that he had heard in other songs, movies and any form of melody he came across. He started by learning FL studio and with time developed his own sound.

Supa Gaeta began to make music in high school as a hobby where his craft and style was heavily influenced by the late 90s and early 2000s Hiphop, RnB and Hiplife. Influenced by the likes of Aaliyah, Bow wow, B2K, Static Major of Playa, Pretty Ricky, Ofori Amponsah, Kofi Nti and others, these these resulted in Supa Gaeta’s soft delivery in his music.

His skits and freestyles on his social media when he took on music as a career in 2018 received nods from industry giants (including Mr Eazi, Kizz Daniel, GuiltyBeatz &  Magnom Beats, He is focused on speaking on his experiences, people around him’s experiences and things he has seen, in his music. Examples are the songs “ Money No dey “ where he tackles living life with little or no funds to survive in school and wishing to make money to support his family, “ Never Again “ where he talks about his past relationships where he was taken for granted and would make sure not to get into such a situation again.

Supa Gaeta released his long awaited the “ SUPA SZN “ with appearances from Oxlade, Blaqbonez and Wavy The creator in 2020.

“It is important to me to tell my story how I know how to. All my experiences; the good, the bad, the ugly.” – Supa Gaeta.