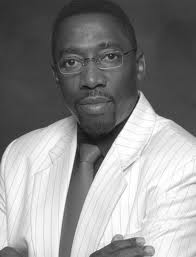 “It started from primary school, at the age of 9 when my mum bought me an organ, and then I joined a band.  Back in those days everything was very community based, in our area, there were all sorts of bands, musicians etc.  One day, a friend of mine who lived in our road said there’s a group starting off.  Everyone wanted to be the Jackson 5. The band needed an organist.  We were all young at the time, the oldest was around 15.  So with that we had a group called Mysteron 5.  We did all the Motown stuff with a little reggae here and there.  That lasted for about two years.”

He inherited and still runs his Father’s Sir George Sound System which also morphed into a highly renowned and successful record label launching the careers of the likes of Toyin Adekale, Trevor Hartley, Sandra Reid, Ken Parker amidst his over 500 recordings.

Formed in the mid 70’s as a Roots Rock Reggae Band, with the prepubescent schoolboy Anthony on keyboards, they found instant fame with their debut ‘Sticksman’, leading to further hits like ‘Amigo’, ‘Sirens In The City’ and more. Pop success led them to a World Tour which was the making and breaking of the Band as they split soon after a trip to New Zealand.

In 2013 the reunited band embarked upon a World tour to promote the album ‘Midnight’.

Tired of launching artist’s careers only to see them leave to go to another label and having to start all over again, Anthony created the Pure Silk entity in the 1990’s. Hits with guests like One Destiny, Winsome and Rusty Zin followed.

As the now Legendary Garage outfit, Heartless Crew immortalised in 2002 with the line “Chimes….. Weekly” – Brightly turned the Pegasus Pub into one of East London’s most iconic Nightclubs, Chimes, hosting weekly events and even at one point eclipsing the popularity of the long-standing Landmark neighbour, Dougie’s on London’s Clapton Pond.

Relocating to Antigua did not dampen the music or the entrepreneurial Spirit as he promptly built a Studio and launched an Annual Festival on the Caribbean Island.

A trip to Jamaica and overhearing the (sweet) commotion of a Stone Love session from his hotel window in Kingston led to Anthony championing the pioneering Sound System. To this end, he became their promoter and booking Agent promptly helping them to become the Legendary world-beating innovators that we know and love today.