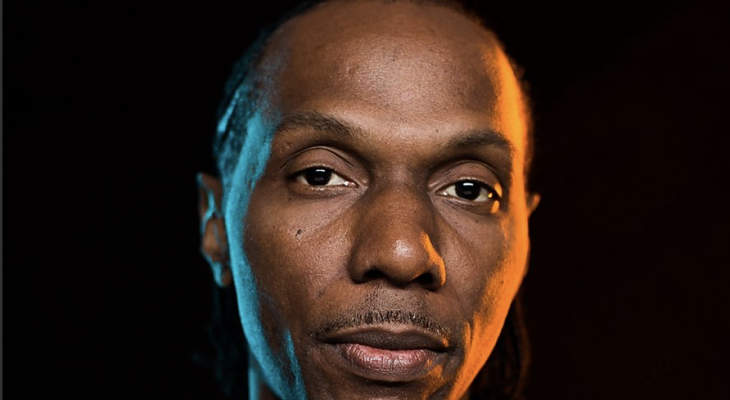 “Reggae music is the strength of me; it’s the beat of my heart. I love hip-hop,

but to me there’s no greater music than Reggae.”

Growing up in the depths of East London, Seanie was drawn in to the world of reggae sound systems at a very early age.  As a youth he followed sounds like Saxon, Coxon and Unity and soon began DJing with the Ragga Twins on a sound called Unity Hi Power out of North London.  At the tender age of 13 he and a group of friends set up their own sound called Little Yout Hi-Fi, which played at local house parties.

At this time Seanie was known as the ‘Dancehall Jumper’ because he would warm up crowds for the main DJs.

In the mid 1980s, when Hip-Hop was first making its mark internationally, artists like Rakim and Kool Moe Dee enchanted Seanie, but as he puts it, this was mainly “because of the sexy girls dancing in their videos.”

By the early 90’s the Sound System scene had slowed down a bit in London, but this did not deter the natural born performer as he turned his skills to acting and joined a play called “Black Heroes In The Hall Of Fame”.  This was a musical tribute to black achievement throughout history, which was so popular in the UK that the group was taken on tour across America.

Upon his return to London, Seanie found his musical passion burning stronger than ever and decided to start taking it seriously as a career, so he and a few friends formed a group called New Teas-Da-Ment (Test Da Mentality) and released one AA side single- “Ba Limbo” and “No Title”.