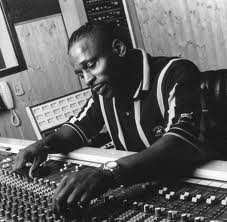 CALL the name Lloyd Francis and most folks will respond with a shrug of the shoulders and a quizzical expression; mention Musclehead to dancehall afficianados and many will likely relate to you how much they know about one of the most accomplished selectors in the sound system universe. Musclehead and sound manager Dennis Rowe were invited to play a local party in Lewisham, south London, in 1976; their party set soon became a star turn amongst local teenagers and as their reputation grew they attracted music crazy youngsters who craved to impress their peers with their prowess around the sound from far and wide. These youngsters included the likes of Roger Robin, Tippa Irie, Peter King, Maxi Priest, Papa Levi, Miss Irie (RIP), Smiley Culture, Asher Senator, Mickey General, Ranking Coley and a host of other acts ably supported and supplied by operator/mixer Trevor Sax with Musclehead (sometimes deputised by ET) selector-ing as the lead players in an able squadron comprising Minimuscle, Digital Prento and (later) Mikey Boops as sound engineers and mixers who set a standard which initially garnered a national reputation which exploded at the celebrated DJ Jamboree event in 1982. From 1982 Saxon went from strength to strength, as Musclehead’s renown as the selector with specials galore flourished, cassette tapes of Saxon sessions became must have items across the dancehall globe as a precursor to mix-tapes. Multi-million selling artiste/producer Wyclef Jean famously stated that he was unable to communicate with American youngsters when he first arrived in New Jersey from Haiti and was able to turn his life around after learning English as demonstrated by Papa Levi and the Saxon MCs. In 1984, D Rowe and Musclehead set an historic precedent when they signed a deal with Chris Cracknell’s Greensleeves organisation and became the first sound to receive their own label imprint. The first Saxon album, ‘Coughing Up Fire’, provided a portent of some of the triumphs to come, namely Papa Levi and Maxi Priest’s Jamaican number one hit, ‘Mi God Mi King/Sensi’, in 1984; the achievement as the first UK sound to tour the US in 1985; Tippa’s top ten UK hit, Hello Darlin’, in 1986; Maxi Priest’s US Billboard number one in 1989; being crowned UK Sound Clash champions in 1992; losing to Bodyguard in the 1993 World Clash final at Edmonton Roller Xpress; beating Bodyguard, Kebra Negast and King Addis to be crowned champions at the 1994 World Sound Cup final at Sanctuary, Milton Keynes. We could go on, but you get the general idea, Saxon, including Musclehead, is a UK musical phenomenon on a level with The Beatles, the Rolling Stones or Soul II Soul and way beyond the likes of Take That or any of the manufactured acts which have come out of X Factor. He turned this Sound System success into an equally successful recording label in 1994 with hits from the likes of Peter Hunnigale, Dennis Brown, Gregory Isaacs and Lloyd Brown. Many of those hits could be found on the popular ‘Best Of Saxon compilations.