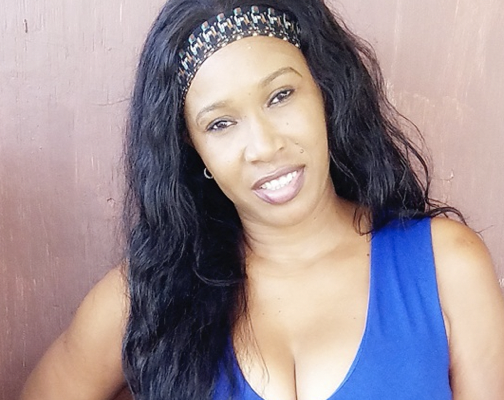 Former Runway Model and Video Vixen Tamara “Timry” Brown is now one of Jamaica’s most promising up & coming Music Producers.

Popularly known as Timry, she started the  “PayPaz Chasaz Muzic” Label in Summer 2013 as a vehicle to help a talented artist she’d met called Young Marky. After releasing a few singles with her new charge, she signed another artist, Maypenn-Di-Future. By mid 2014, Tamara had stepped up her production game to voice the likes of Iyara, Raine Seville, Nymron, Versatile, To-Isis, Duane Stephenson, Turbulence, Charly Black, & Devin Di Dakta alongside her own growing stable for some one riddim projects.

Tragedy struck however … this dream was cut short after her apartment was broken into and her laptop and hard drive containing the files for the unmastered songs were stolen.

In Summer 2014, Tamara bounced back as she joined forces with Recording Artiste Konshens to put on a “Back To School Treat” in the Sherlock Crescent area of Kingston. This gave her young talents and many others the opportunity to grace a big stage and rub shoulders with the likes of Bounty Killer, Bugle, Darrio and Delus.

In 2015 the production light shone even brighter with the release of Charly Blacks’ ‘Energy Girl’. The well received single made waves, in the local and overseas Radio and dancehall space.

In 2016, some of the earlier misfortune was reversed when one of the Recording Studios that she’d used for the stolen tapes, retrieved the One Drop Riddim project, ‘Honor Dem, and thus her productions with Turbulence and Dilligence were finally released.

In 2017, Paypaz Chasaz Muzic was nominated by 21st Hapilos in the Female Producer Of The Year Category with the likes of Stashment Records, Short Boss Musik & Twelve 9 Records.

Tamara took a break from Production only to resume in March 2020 where she Released a Co- Production Juggling with Biyah Music Production. The first track released on the juggling  was Macka Diamond’s ‘Caution’ followed by Shane E’s ‘Fall In Love’.

In April 2020 Tamara merged Paypaz Chasaz Muzic with U.S based label Love Star Music to work as a label and rekindle her artist managing career In May 2020 the Duo signed 2 Young Up & coming Artists in Millitant Globe Gena & Negen. Tamara also solely manages her daughter, TrapQween, who has taken on the mantle as a Young Recording Artiste since May 2020.

Summer 2020 is the slated date for the new entities’ first project, The ‘Trigger Happy Riddim’.