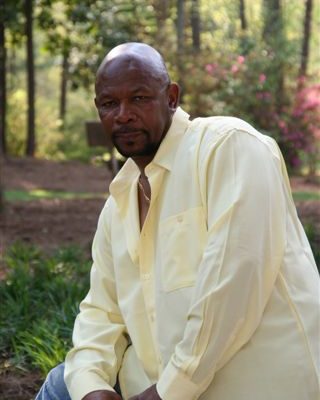 As a young boy growing up in Westmoreland, Keith Smith had dreams of becoming a star. His neighbors in this western Jamaican town included such future legends as Peter Tosh, Lee ‘Scratch’ Perry and Ronnie Davis of the Itals. At the age of 17, like many aspiring artists of the time, Keith headed to Kingston to find a vehicle for his talents. Keith’s natural ability and church-honed vocals soon led to him singing back up at Studio One after an afternoon audition with Leroy Sibbles and Clement “Sir Coxsone” Dodd. Keith sang on a few Studio One tracks and even recorded a few with his friends Junior Greene and Winston Neufil as the Robins, credited on some compilations as ‘Winston & Robin.’ He also sang backing vocals on the smash hit “Blood & Fire” by Winston “Niney” Holness aka Niney the Observer. Keith was soon performing at venues in town such as the Regal and the elegant Ward Theater, dubbed ‘the Apollo of Jamaica,’ while backed by such notable bands as Inner Circle, Soul Syndicate and Byron Lee and the Dragonaires. In 1968, he formed his own band, ‘Rocking Horse,’ and began playing at local clubs and festivals. After a string of singles with Rocking Horse, such as ‘Get Together‘ and ‘Hard Time‘ and ‘Righteous Man,’ Keith’s wide vocal range and dynamic studio presence soon earned him the nickname ‘poppin’, from the original slang verb poppin’, as in “poppin’ all the right notes.” He later worked with Lloyd Parks in the early seventies, and in 1973 released his first solo single ‘Same Thing For Breakfast.’ This roots classic marked the beginning of a long and successful recording career, topping the charts in England and Jamaica and selling over 50,000 records.

Now performing as ‘Keith Poppin,’ his bittersweet wail took him to number one again with the underground anthem ‘Envious’ in 1974, another number one song in Jamaica, and led to the album of the same name released in 1975. This album was produced by Phil Pratt with Ernest Hookim serving as studio engineer, with arrangements and bass from Aston ‘Family Man’ Barrett, as well Robbie Shakespeare, drums by Leroy “Horsemouth” Wallace and Carlton Barrett of the Wailers, keyboards by Ansel Collins and Oswald “Ossie” Hibbert, with guitar work by Earl “Chinna” Smith and Rad Bryan. Truly an all-star lineup of some of the best musicians!