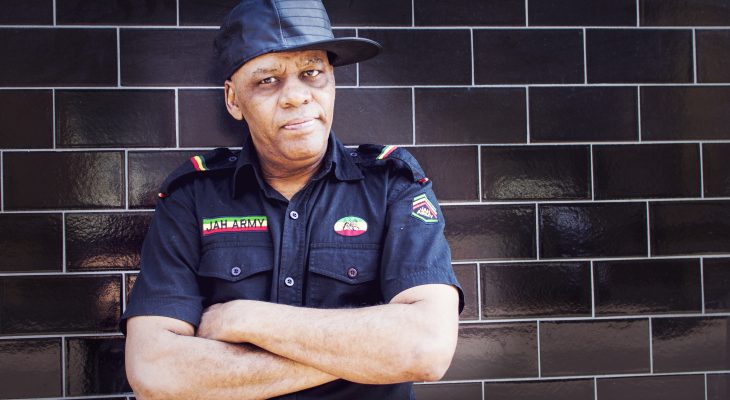 Kayafyahouse The African Herbsman was born in  Mindelo City on the island of St. Vincente in Cape Verde, West Africa. A singer, songwriter, producer and musical arranger, Kayafyahouse  possesses a very distinctive vocal range and style that compares favourably to that of a few notable Jamaican reggae legends.

EARLY LIFE
Carlos Lopes, better known as Kayafyahouse  the [ African Herbsman ], was born on the same island as the great Cape Verdian CESARIA EVORA
The young Carlos Lopes  went to Europe at an early age (13). His travels took him to Portugal to join his mother then on to Holland in 1971.
There he settled and showed a keen interest in sports and music.

MUSICAL CAREER
1979—1982:  carlos lopes formed his band The Black Messenger from his base in Amsterdam, Holland, where he headlined and also supported some of the big names in reggae music
Kayafyahouse also produced other African artistes including Councillor Hays from Ghana.
Kayafyahouse soon started touring and he established himself as a crowd pleaser, with spellbinding  performances, drawing his musical influence and style from some of the great foundation artistes like Dennis Brown, Steel Pulse, Aswad, Bob Marley , Peter Tosh and Culture.

The multi- talented Kayafyahouse is now armed with a professional management team. He has maintained his roots flavour, awesome melodies and vocal harmony now augmented with horns to enhance his live perfomances.
Kayafyahouse’s music can be described as old school roots rock reggae to Nu roots.

Over the years, Kayafyahouse has made several trips to Jamaica where he recorded at the internationally renowned Anchor and Tuff Gong (home of reggae icon Bob Marley) recording studios. He has worked with The Firehouse Crew and other legendary musicians like Tony Asher, Flabba Holt, Dean Fraser, Nambo Robinson, Tony Greene, Dwight Richards, Mitchum Chin, Winston Bopee, Bongo Herman and Sticky Thompson.

In the studios in Jamaica you will find Kayafyahouse recording and mixing his music with the ‘A’-lister engineers  including the likes of Steven Stanley, Delroy (Phatta) Pottinger, Roland McDermott and Bobby Digital.

plus     DALTON BROWNE , MIXED BY  ERROL  and  SHANE BROWN    and STEVEN STANLEY

Kayafyahouse  the African Herbsman  from West Africa  continues  in his musical journey
Although the road is rocky and the ways are tuff,  the journey continues
So Live On Natty Dread