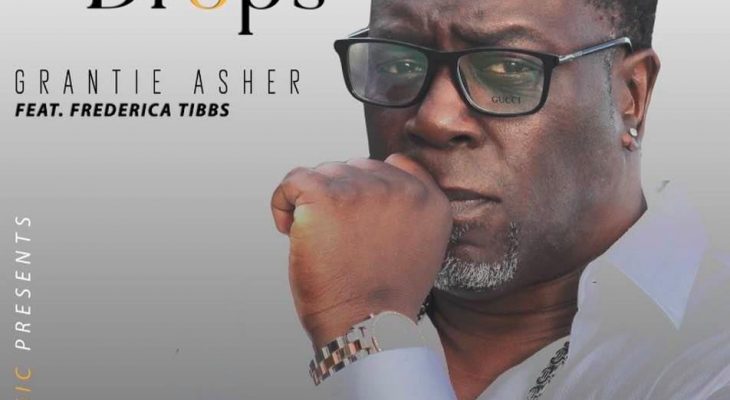 Paul Grant (born in Huddersfield on 21st December 1966), better known by his stage name “Grantie Asher”, is a British singer/songwriter who specializes in reggae/lovers rock, but who occasionally likes to venture into different genres.

Grantie discovered that he had a talent for music as a little boy. He would sometimes sneak into the front-room when his parents were out and play his dad’s records; a mixture of Blue Beat, Motown, Reggae and Jim Reeves.

From there Grantie discovered he had a vocal talent. After a few years, he left the church and ventured out into the big wide world (Huddersfield) to further his musical career.

Grantie subsequently became a member of a sound system called ‘Armagedeon’. He experimented with “toasting” and to his surprise he was really good. “I remember other sound members saying I was really good and when we played out, the audience really showed their appreciation”.

Grantie’s toasting was swiftly followed by him singing whilst he was a member of Amargeddeon sound. Sydney ‘Luddy’ Crooks, founder member of the Legendary Pioneers Reggae group then resident in Luton heard about this singer called “Grantie Asher” and suggested he move to Luton to further his singing career. Grantie did not hesitate to oblige.

Grantie recorded four songs with Crooks (Pioneer International Records); Something Special, Don’t Play That Song, Come lnto My Life and Wheel And Come. That is where that story ended. At the end of these recording they parted company on bad terms.

Grantie then moved to London in 1989 and hooked up with Passion Records where he released a double ‘A’ side record called “If It Was Love” backed by a duet with Paulette Tajah entitled “Love or Physical” “Which, if I remember rightly, got to No. 1 in the Black Echo’s Reggae Charts” he recalls.

Around this time Grantie was a supporting act for Maxi Priest and Chaka Demus and Pliers. He sang at the Podium Nightclub in London regularly, and had regular involvements in stage shows in and around London and The Midlands.

As Grantie’s musical career progressed, he moved on to experiment with a different genre of music; Urban Soul. During that time, he entered a competition on KISS FM with a cover of Bobby Caldwell’s “Do For Love”. Grant won the competition, and was rewarded with
1,000 pressed copies of his tune.

In 2004, Grantie auditioned for a TV programme called “Stars In Your Eyes” and was successful in being able to perform as Luther Vandross. To his surprise, Grantie won his heat and came 6th place in the actual finals. Grantie recalls “It was nice whilst it lasted, but nothing nuh sweet like reggae music”.

Presently, Grantie Asher is recording with various producers, including the likes of Gary DigiTec Lewis, Bucky Jo and Vybz from Starrvybz Entertainment.