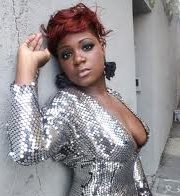 Once upon a time a little girl from flatbush, Brooklyn had a dream of being a musical legend. She looked beyond having a hit single, or a platinum album. She wanted to change the face of music forever. That girl's name was Ekela. Gracing stages alongside Elton John, Lil' Romeo, Marc Anthony, and so many more she became more seasoned in the industry while learning the technicalities of music as Kayla Bliss. The more she learned the deeper her love for music grew. Determined to never sing a song written by another person, she honed her English skills and learned to be descriptive, clever and unique in her writing styles. People would attempt to write songs for her, but she shied away, unimpressed. Today, she is one of the most in demand upcoming writers in the industry. "I surrounded myself with other dope producers and artists that are also on the come up, and I'm learning. I'm taking all their styles and rolling them into one". A hookup with XTM Nation Records' Kareem Burrell had her entering the Reggae arena alongside the likes of Tarrus Riley and Jesse Royal with a bang.

Now with the hits 'Rock 'N Sway' and '876 Love' under her belt - the next chapter in this vocal trainer's story will be very interesting. - Watch this Space!!!!