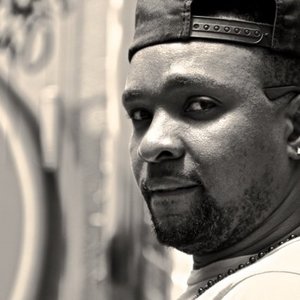 Born in Kingston, JA, Delroy Isaac Foster aka Delly Ranx has been a fixture in the Reggae Dancehall scene since his youth. Now a critically acclaimed artiste and producer, Delly Ranx represents the pinnacle of reggae music in the modern era. Blending conscious lyrics on dancehall and culture riddims, Delly is a versatile artiste with one constant, the universal upliftment of all peoples through his music. Delly comes from humble beginnings growing up in South Side Kingston. Always a hard worker, he graduated from high school and took a job in a supermarket before breaking out on to the music scene. Delly’s talent was recognized at an early age by his close friend Alsus who encouraged him to pursue a career in music. Taking Alsus’s advice, Delly entered and won a youth talent contest earning the recognition and respect of his peers and birthing the artiste Delly Ranx. Delly’s first hit came as a soundclash tune called “Soundboy General” produced by Anthony Redroze. The hits continued to pile up with songs like “Gal Nuh More than You”, “Headache”, and “Pelpa”, to name a few. International tours and performances followed as Delly’s fame continued to grow. Delly expanded on his talents by delving into music production and starting his own label, Pure Music. He produced the Hennessey Riddim which included Sean Paul’s “Ganja Breed” off the multi-platinum selling Grammy album, Dutty Rock. Also, Movado’s Billboard hit “Weh Dem a Do” was produced by Delly on his Redbull and Guinness Riddim. Delly continues to excel as a producer with his recent riddim project, the Strawberry Waffle Riddim taking Jamaica by storm.  A pioneer in dancehall music, Delly is now focusing on the music that helped him achieve his current level of success. Now widely recognised as an unsung hero of Dancehall he has been instrumental in the initial careers of some the genre's household names. The sky is the limit for Delly Ranx as he continues to record hit songs and produce unparalleled dancehall riddims.