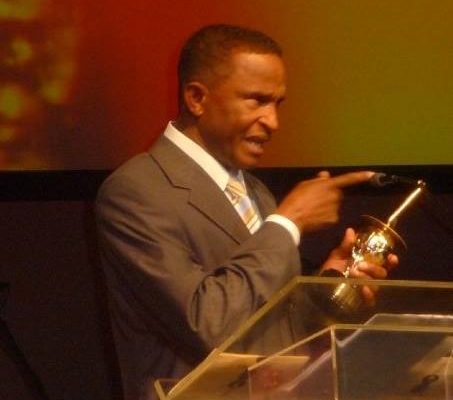 Maurice “Clive” Hunt is a Jamaican producer, composer, instrumentalist and arranger born in Linstead, St. Catherine in 1952. He was drawn to music as a youngster and recalls sneaking out of his grandmother’s house to watch popular bands and musicians perform. These included bands such as The Skatalites with Don Drummond and all the fantastic players that were a part of that ensemble –  Byron Lee & the Dragonaires, Delroy Wilson, Ken Boothe, The Melodians, The Gaylads, The Wailers, Jimmy Cliff, Eric “Monty” Morris and many more that were the hitmakers of the day. He would later go on to work with many of them not long after leaving school.

At the age of twelve, Hunt attended the Stony Hill Approved School where he joined the music class and was immediately singled out by the teacher as having a gift. At the age of seventeen, he joined the First Battalion, Jamaica Regiment Band, where his skills as a musician were harnessed. He later decided music was his passion and he would pursue career opportunities in the field.

He played the trumpet, the flute, a few keyboard instruments and even a little guitar and bass guitar, among other instruments in the studio. He was recruited by Geoffrey Chung – producer, engineer and musician of the famed Now Generation Band to work on almost all of the projects he worked on until his death. During that same period, he was an integral part of Derrick Harriott’s production team on his Crystal label. Here, he met and became friends with artists like Dennis Brown, Horace Andy, the members of The Chosen Few and Junior Soul (later known as Junior Murvin).

While working with Derrick Harriott, Hunt was introduced to King Sporty, a Miami, based Producer/Artist (Producer and co-writer of Bob Marley’s “Buffalo Soldier” and husband of R&B legend, Betty Wright). Sporty was a friend of Treasure Isle Recording Studio proprietor, Duke Reid, from the Duke’s Sound System days. Hunt would immediately begin working for Duke Reid as an arranger, and would do so up until Reid’s death. The collaboration was extra special for Hunt. Here he met and worked with Errol Brown, Duke’s nephew and the then-engineer at Treasure Isle Studios. It was at Treasure Isle Studios that he would produce his first record, Milk & Honey, which was later re-voiced by Dennis Brown for the Joe Gibbs’ Visions of Dennis Brown album. This time was one of his proudest periods as a musician. He was both one of the top session players in  Jamaica and a trumpeter in the Jamaica Philharmonic Symphony Orchestra. He was also a member of the In-Crowd Band, one of the top local bands on the island, with top recording musicians of the day – Robbie Lyn, Mikey “Boo” Richards, Mikey Chung, Phil Callender and Trinidadian trombonist, Jerome Francique (hence the featured credits for “Milk & Honey” even though did play all the instruments on the production except, drums; Eric “Fish” Clarke and guitar; Karl Pitterson).

Clive Hunt was also a member of Byron Lee & the Dragonaires for a short time and subsequently embarked on his first North American tour. Upon his return, he was asked by Geoffrey Chung to work alongside him at a newly formed company named Soundtracks Ltd. This company’s artists and production lineup included: Carl Dawkins, Max Romeo, The Abyssinians, The Skatalites, Bob Andy and Geoffrey Chung. Hunt’s Production credits for this association includes; a Skatalites LP “Aftican Roots” a Carl Dawkins album, a Max Romeo album titled “Open the Iron Gate” and the famous Abyssinians LP, Satta Massagana. Works also done around this same time include Culture’s Cumbolo and International Herb albums which were recorded at Treasure Isle Studios –  then operated by the late female reggae “producer” Sonia Pottinger.

In 1976, Hunt left to The United States of America for an extended time. Still traveling back and forth, between Jamaica and the US, he teamed up with Bullwackies in Bronx, New York where he worked with most of the reggae artists in and around the Tri-state area. Among these artists was a young Columbia University student from the Ivory Coast,  who he would introduce to the recording studio. This young man would go on to become one of the biggest reggae artists on the world stage known as Alpha Blondy. While in New York, Hunt became exposed to the New York studio scene and worked for some time at Sam Ash Music Stores, where he became even more familiar with the uses and intricacies of the new and existing electronic instruments. This knowledge he would quickly introduce and/or pass on to his Jamaican counterparts. One of his proudest examples is the introduction of the Syndrums to Sly Dunbar, who went on to make a number of hits of hits from the late 70’s to the late 80’s. One such local hit was Dennis Brown’s “Have You Ever” and the Grace Jones hit “Pull up To My Bumper”.

At Joe Gibbs Recording Studio in Jamaica, Hunt worked with Gibbs’ partner, producer and engineer, Errol “ET” Thompson and Willie Lindo mostly. Hunt enjoyed the opportunity of working with Dennis Brown, Johnny Clarke, Beres Hammond, J.C Lodge, Barrington Levy, Trinity, Dillinger, Jacob Miller and many other acts as part of his Joe Gibbs Recordings collaborations. As a producer, Clive Hunt likes to say he has worked with artists from the – “The Skatalites to Chronixx or even Popcaan, Dre Island or Jah9 – depending on the day you ask. His repertoire keeps expanding – not only due to his desire, but that of the younger artists and producers who work with him. He loves to teach. Passing on the knowledge of our cultural and musical heritage is a top priority.

Hunt is an avid music lover and a fan of most genres worldwide, though his favorite is Reggae. In today’s music industry, many producers and musicians get easily caught up in the web of creating electronic music and allowing trends to dictate and limit their creativity. In terms of the current state of music, Hunt’s approach may seem unconventional to some – particularly to younger talents. He believes it is important to appreciate the original inspiration of the music he produces and tries to maintain that feeling or spirit throughout the entire production.

Clive Hunt is currently signed to VP Records where he is the first and only producer signed to the label. His talent, experience and sheer musical genius has allowed him to remain current; his ability to intertwine the old with the new has resulted in countless hit records worldwide.