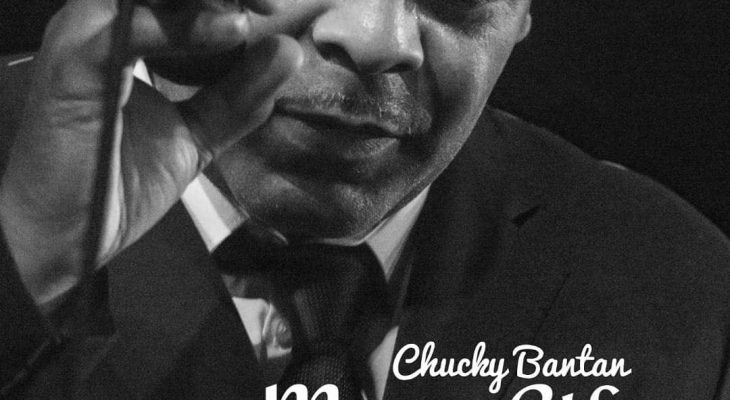 If your introduction to Chucky Bantan has come through witnessing him blazing a trail of glory with tracks from his debut ‘More Life’ album then it will come as a great surprise to learn that this bona fide Reggae crooner started life as a Sound System Deejay.

Born and raised in Brixton, South London. CHUCKY BANTAN is now recognised as one of the UK’s finest singer / songwriters. Starting his musical journey as a DJ he switched to the more melodic sing jay style due to the volume of Deejay’s around. With his unique trademark sweet vocals, dynamic lyrics, charm, sense of humour and humble, laid-back character he was an instant hit.

As would happen with that generation of would-be talents, Chucky first picked up the microphone in 1985 at a house party. Confidence rising, there followed a few local dances, and then the historical King Tubbys v Java ‘86 Gold Cup clash at Acton Town Hall!!! After that historical set Chucky Bantan became a regular on South London’s Sound System circuit thrilling the crowds for the likes of the A1 Posse, Treasure Isle, King Tubbys, Younger Sovereign , Sweet Connection, Pieces Intl., Surety, Sting , Peoples Choice and eventually TROJAN sound system with whom he can still be seen performing around the world on any given weekend.

CHUCKY’s recording career began with ‘Di Youth Dem Gone Bad’,  a collaboration with Marvellous Bantan (1988 ) for Three Miles records. In the late 1990’s Chucky Bantan met G Vibesof New Faze Records with whom he he recorded a number a tracks including the Larry Marshall classic, ‘Why’.

In 2018 a series of singles like ‘Now You’re My Wife’ and ‘Innocent Picture’  culminated in the critically acclaimed album ‘More Life’ (Digitec Records/VPAL). Also on the debut long player were productions by UK Pressure, Scy Productions and  Nu Edge productions.

CHUCKY BANTAN’s many years in Sound Systems and touring taught him the invaluable  lessons of how to entertain people of all ages!!! To this end he has headlined his own sell out event for Shining Stars at the world-renowned Hootananny Brixton (Jan 2018) ably assisted by Manager, Allison  Mason.

Merry Christmas and a Happy New Year from all @ @b2dafmusic - Big Up @carlmalcolm1gmailcom and family for the message - 'Deeper Pickets' settings!!!! https://www.instagram.com/p/CJOWPV1B9b3/?igshid=1bbsss8aiuhcp