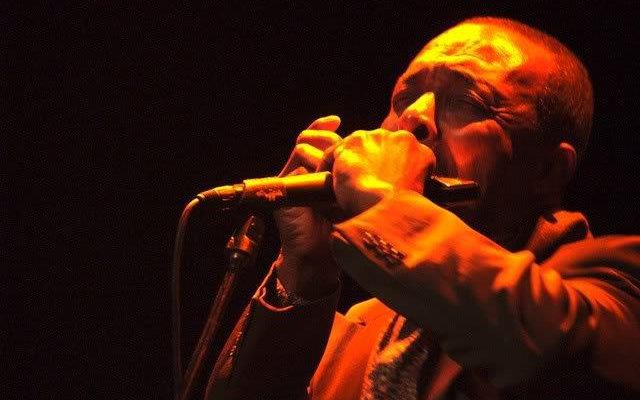 Charles Cameron was born in Kingston, Jamaica on March 20, 1942. He was inspired by the singing of his late mom Louise, and his neighbor Mr. Randolph, a mean harmonica player. From the age of 5, Charles started performing, in neighborhood concerts, churches, lodge halls, etc., reciting poems, singing and playing his plastic harmonica that his mom gave him for Christmas.

At about 9, a talent scout named Vere Johns had Charles performing at a radio station in Jamaica, on a program entitled “Opportunity Knocks”, and also at various theatres in Kingston, such as the Palace, Ambassador, Gaity, and Majestic. He then performed with stars such as Jimmy Tucker, Winston Samuels, Laurel Aitken, and much more. Charles also performed for Bim and Bam, Jamaica’s leading comedians at the time.

Charley “Organaire” Cameron also started producing such hits as “Little Village/Little Holiday”, “London Town”, Illusive Baby”, “Sweet Jamaica”, “Your Sweet Love”, and “Let me Go”. Charles was one of the most popular entertainers in Jamaica. He then moved to the north coast and worked in the tourist industry. Playboy, Hilton, Holiday Inn, Intercontinental, Yellow Bird, you name it – he played there. Charles has been on tour throughout the United States and Canada performing with various groups.

Charles then moved to Chicago and formed his own band called “The Charles Cameron & Sunshine Festival”. The “Organaire” band played in various night clubs, major corporations, and political functions throughout Chicago for such people as Mayor Harold Washington and Mayor Jane Burns.

Charles also played in the Chicago Fest, Festival of Life, Taste of Chicago, and the African Fest, which he received numerous awards for his performances, including Honorary Awards. In August, 2009, Charles “Organaire” Cameron received an award at the Tribute to the Greats, the King Omar Promotions’ annual salute to unsung heroes of the music industry.

Charley performed his title track from his CD “Never Stop Loving You” in the movie “Love Jones” starring Nia Long and Lorenzo Tate.

Charley’s newly released CD “Friends” features a very beautiful lady with a voice of an angel, Charlie Hunt singing “Don’ Cha Touch It” and “Good Time” and the very talented Steve Bradley singing “The Book of Love”. And of course, more for your listening pleasure from Charles “Organaire” Cameron.