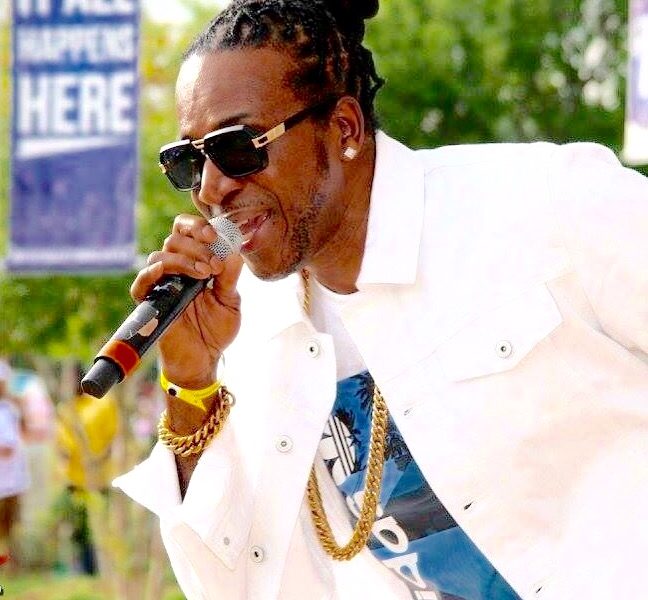 Jamaican born Anthony Malvo began his singing career in the early 1980s in Kingston on the Legendary “Black Star Sound System” then later moved on to record and perform with the “King Jammy’s Recording Studio.”

His first hit single entitled “Come Back to Me” featured Tiger, and was recorded on the Winston Riley label Techniques. Malvo continued with numerous hit songs like “Can You Stop the Rain”, “Ready or Not”, “Sensi” featuring Josie Wales, “Greatest Gal Lover”, and “Jump and Spread Out” both featuring Daddy Lizard.

“Jump and Spread Out” topped the American Billboard chart in the 80’s, which took Malvo and Daddy Lizard to perform live at the legendary Apollo Theatre in New York City.

Early 1990’s saw Malvo teamed up singer Anthony Red Rose and started their own Record Label “How Yu Fi Say Dat” a synonym of his hit single with the same name. Together they recorded and produced the first number one for Beenie Man “Wicked Man”. They went on to have major success with singles like “Report To We” featuring Sean Paul, “Quarter to Twelve” featuring Simpleton, “Bag Juice on Base” featuring Fabby Dolly, “Dun Wife” featuring Mad Cobra, “Antichrist” featuring Captain Barky, “Guns and Roses” featuring Bounty Killa, Malvo and Redrose, “Die Without You” featuring Capleton, Brian and Tony Gold.

In 1999, Malvo decided to go solo and launched his own Record Label “Real Music Production”. His first production a single “My Heart Belongs To You” was recorded for himself. He continued to produce artists like Capleton, Glen Washington, Junior Kelly, Dawn Penn, and Admiral Baily. They were all recorded on the “Identify Rhythm”.

Additionally, in 2003 to 2004, Malvo released a compilation of hits that were the foundation of his singing career entitled “The Best of Anthony Malvo, Eighties and Nineties”. The album was released through VP Records. Later in 2004 Malvo released a rhythm compilation LP/CD entitled “Hot Gyal” on the “Real Music Production” label in collaboration with VP Records as part of their Riddim Driven series. The “Hot Gyal” rhythm had Brian and Tony Gold featuring Bounty Killer, Anthony Malvo featuring Capleton, Sizzla, featuring Gigsy King, Mr Lex, Vybes Kartel, Anthony B, Wayne Wonder, Daville, Lukie D, Round Head and others.

In October 2011, Anthony Malvo performed in Boston Massachusetts for the American Cancer Society and received an award for his support and musical contribution to Reggae Music. Additionally, in November of the same year in Bridgeport Connecticut, he received a “Lifetime Achievement Award” for his 30-years contribution to Reggae Music. Anthony Malvo’s history in the music industry has been rich and impeccable. Malvo’s experience has provided him opportunities to work with countless singers, musicians, and performances on many tours in North America, Europe, and the Caribbean.

On June 4th, 2013 Anthony Malvo released his album “Stronger” which consist of 17 magnificent tracks. The album highlighted Malvo’s collaboration with various artists, such as Sizzla, Capleton, Determine, and Delly Ranks. The album is sold on ITunes and featured two significant hits, “Hot Outa Street” and “Perhaps”.

Anthony Malvo continues to remain consistent and current in Reggae music. In 2015 he performed on Best of the Best and toured on numerous shows with a variety of artists. He also did a series of cover’s, including. “All of me” by John Legend and “I’m Not the Only One.” by Sam Smith. These two covers were successful and made number one on various reggae charts in the United States and England. Malvo, continues to record and produce.

He has mentored and produced songs for his daughter Tiffanie Malvo. Nevertheless, he has released a number of new singles like “So High”, “Nice to Know You” featuring Delly Ranx, “Giggle Pon This”, also featuring Delly Ranx, and his big Lovers Rock song on the Love Child Riddim, “I’ve Been Waiting For.”

Additionally, in 2016 Malvo has reproduced and released “Ballistic Affair” and the album is on all digital platforms.