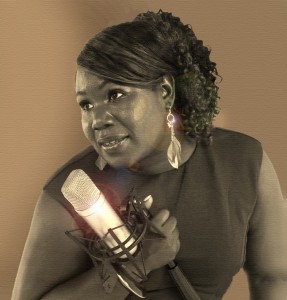 Presenter – of a weekly “Open Mic” in Brixton she also hosted the “Black Women in Arts Festival” which took place at the prestigious Catford Theatre.

Nominated – for best single “He Gives Me More” at the GEM Award 2004. In 2006 Adelaide was also nominated for the Oasis Music ‘Best Female’ award.

Winner – Adelaide was presented ‘Inspirational Artiste of 2007’ at the Black Women Jazz Festival which took place at the Vortex Jazz Bar.

Faith – Adelaide continues to faithfully serve and minister in the Choir and Praise & Worship Team at her church ‘Ruach Ministries’ pastored by Bishop John Francis and his wife Penny.

Born in Dulwich, South London to Jamaican parents Adelaide grew up to reggae and soul music. Adelaide recalls that whilst living in Brixton her parents would always play the latest “vinyls”, this very much influenced her love for music from a young age. Teachers at school recognised Adelaide’s ability to sing and act and encouraged her to perform roles in various plays. Adelaide later went on to attend the Brit Performing Arts School also attended by Adele, Jessie J, Leona Lewis, Amy Winehouse, Imogen Heap, Floetry and Tawiah.

From singing within prisons, to singing to anyone on the street, or with those in the club/pubs to even leading choir solos and to hundreds of people in worship. Adelaide aspires to sing with passion and testimony while writing songs that will encourage people. Her rich and distinctive vocal tone is often requested throughout each year at various events bringing her beyond the confines of the church world. Adelaide continues to execute with seeming effortlessness the most dynamic heart felt performances leaving every appearance memorable and refreshing. “I’m happy that I released my first Album with the Struggs Label in 2006, which is symbolic to me because life brings to us so many challenges, yet our faith proves that we are strong to overcome.”

Adelaide continues to host festivals and community events such as Stockwell and Streatham Festival acting as a promoter/agency securing performance slots for artists on to platforms to a wider audience whereby she delivered an impromptu performance with the late Amy Winehouse. To assist people with their Vocal & Performance technique Adelaide has gone on to set up the Blessed Souls Academy to equip and empower others who have the desire to get on the stage or into the studio to record. Her 2nd Album is in the process of self recording with a few single releases in the pipeline and a Brand New Video.